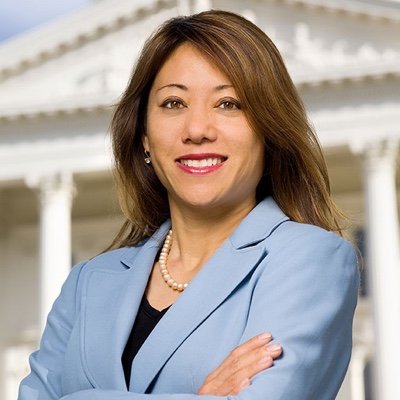 Treasurer of California, CalSTRS Board Member

Fiona Ma is California's 34th State Treasurer. She was elected November 6, 2018 with more votes (7,825,587) than any other candidate for treasurer in the state's history. She is the first woman of color and the first woman Certified Public Accountant elected to the position. California is the world's fifth-largest economy and Fiona serves as its head banker. She provides transparency and oversight for the government's investment portfolio and accounts as well as manages the state's $92 billion in state and local funds. She chairs 15 authorities and is a member of numerous boards and commissions, including CalPERS and CalSTRS, the nation's two largest pension boards

The State Treasurer's Office (STO) was created in the California Constitution in 1849. Today more than $2 trillion dollars goes through the STO every year and it is responsible for $85 billion in outstanding general obligation and lease revenue bonds of the state. The STO manages cash receipts for the state and bond issuances and oversees programs that fund schools, hospitals, affordable housing and small businesses. The STO also manages three savings programs helping individuals with disabilities, college, and retirement for private employees.

Fiona was a member of the State Assembly from 2006-2012. She served as Speaker pro Tempore from 2010 to 2012. There, she built a reputation as a solution-oriented public servant adept at building unlikely coalitions to overcome California's most complex problems. From 2002-2006, Fiona served on the San Francisco Board of Supervisors. She first became involved in public service in 1994 when she was elected president of the Asian Business Association, where she began advocating at San Francisco City Hall and the state capitol on behalf of minority business owners. Her work resulted in her election in 1995 as a delegate to the White House Conference on Small Business, where she advocated for socially responsible contracting for minorities and women in San Francisco, ultimately producing a report to Congress detailing sixty top policy recommendations to help small businesses grow and prosper in the 21st century. Also in 1995, Fiona was appointed to the Assessment Appeals Board of San Francisco by the San Francisco Board of Supervisors. That year she started her public service career as a part-time district representative for then-State Senator John Burton.

From 1989-93 Fiona worked for Ernst & Young before starting her own accounting practice in San Francisco. Ernst & Young was one of the largest professional services firms in the world and considered one of the "big four" accounting firms. Most recently, Fiona was an elected member of the California Board of Equalization from 2015 until January 2019, where she worked to protect the rights of taxpayers while ensuring California collected its fair share of tax revenues. She represented a district that covered 23 counties in California and a population of approximately 9.5 million people. Fiona is only the second CPA to be elected to the Board of Equalization, administering more than 30 tax and fee programs.

Fiona is a licensed Certified Public Accountant in California since 1992 and holds a Bachelor's Degree in Accounting from the Rochester Institute of Technology (NY), a Master's Degree in Taxation from Golden Gate University (SF) and an MBA from Pepperdine University. She is a Member of the California Society of Certified Public Accountants, serves on the Board of California Women Lead, is an Honorary Chair and Spokesperson for the San Francisco Hepatitis B Free Campaign, and is a member of the Screen Actors Guild. She is married to Jason Hodge, a full-time firefighter and Oxnard Harbor Commissioner.